The first thing I thought when I saw this IndieGoGO campaign was, “Oh, great, now we have gladiators.” For indeed, everything about this smacks of spectacle, and the appropriation of cultural legacies to serve the collapsing core. So much of this reminds me of “The Hunger Games,” and Ancient Rome. It also speaks to the proliferation of a culture of combat, the continued militarization of everyday life, the socialization of young men for aggression, and therefore preparation for war, and all the downstream consequences like violence against women.

The other thing I saw in was a culture of rich “wankers” buying this stuff—wankers being not only British slang, but a term used by cyclists to denote people with all the best equipment, but no cycling skill. How to countervail these tendencies, augmented by the digital?

This has implications for the privacy of messages shared on Facebook, and should give each of us pause.

When Matt (last name withheld for privacy) logged onto Facebook earlier this week, he was startled by the placement of a seemingly impossible ad on his News Feed: a rainbow-underwear-adorned banner for Rick Clemons (the California-based, self-appointed “Coming Out Coach”) that read, “COMING OUT? NEED HELP?”

Matt (who lives on the East Coast) did need help coming out. But as far as he knew, there was only one other person in the world who knew that but him.

As many LGBT individuals know, for a time, the most closely held secret we have is our sexuality. Several nights ago, I texted a close and dear friend for advice on revealing such sensitive personal information. The next morning, I woke up to a “sponsored story” on my Facebook page that asked “Coming Out? Need help?” How did Facebook know such a specific ad would apply to my profile?

via Facebook Knew I Was Gay Before My Family Did. 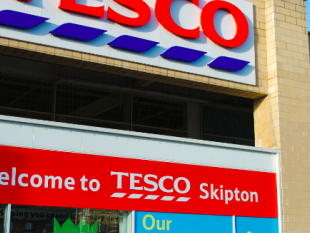 This is Taylorism on digital steroids. Life imitates art.

The Irish Independent reports that grocery giant TESCO has strapped electronic armbands to their warehouse workers to measure their productivity, tracking their actions so closely that management knows when they briefly pause to drink from a water fountain or take a bathroom break. These unforgivable lapses in productivity impact workers performance score, which management then apparently uses to terrify them into working faster.

via Work is Becoming More Like Prison As Some Workers Forced to Wear Electronic Bands That Track Everything They Do Including Bathroom Breaks | Alternet.

If you are reading this, you probably have broadband. But what is broadband? How can we close the “digital divide” between urban and rural areas when internet access is becoming a utility like any other?

While many Internet providers claim to give “broadband” access, the loosely defined term has left many Americans wondering if they’re receiving the best service. Specifically in rural communities, like those in midwestern Minnesota, companies providing “high-speed” Internet may only be granting users a moderately fast download speed, while upload speeds are severely lagging.

Pioneer Public TV takes a look at the situation by exploring the stories of people who are lacking fast, reliable Internet access; companies that are struggling to keep up with the demand of supplying high-speed fiber connections in rural communities; and how our representatives in Washington, D.C. are handling the problem.

via Bringing broadband to rural America | Need to Know | PBS.

Time is money, and knowledge is power. What is the impact of your service’s transfer rates? 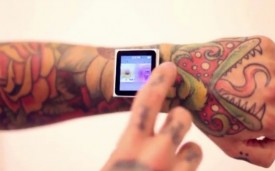 Some say fashion is pain, and in the case of Dave Hurban, it actually is. Hurban recently implanted magnets in his wrist himself — all for the ability to wear his trusty iPod Nano like a watch without having to sport a wristband.

What motivated him to do it? “I just thought it would be cool,” Hurban said in an interview with Digital Trends.

To turn himself into a human iPod dock, Hurban had to make four incisions on his wrist, where he inserted small magnets. After a little bit of blood and some healing, the magnets, for all intents and purposes, are now a permanent part of his wrist. Hurban calls this creation iDermal.

The magnets are placed specifically to hold on to the four corners of the Nano. When he wants to wear his iPod Nano as a watch, all he has to do is hold the player close to his wrist and the magnets grab hold of the player and attach it to his body.

via This Guy Gave Himself Implants for His iPod Nano.

The video is not for the faint of heart.

This is only latest example of personal augmentation, of people modifying their bodies to incorporate technology. As such it is anticipated by cyberpunk, as in the works of William Gibson and Bruce Sterling. What do you think of this?

I like Zeynep Tufekci’s take on #Kony2012 over on her TechnoSociology Blog. I do tend to agree we have reached a new moment, when multiple voices can be mustered so quickly. I love the contrast between this issue and the run up to the Iraq war.

And social media streams are a new and important dynamic in how those narratives are formed—and, importantly, who gets to have a say. I usually do not like to proclaim new developments as “good” or “bad”—they are often a complex interaction of both. However, contrast the swift pushback against the simplistic and dangerous narrative of #stopkony with the lead up to the Iraq War of 2003. It was clear to many people at the time that the narrative being built up in the rush to war in Iraq was erroneous, dangerous and in many ways, irresponsible.  However, opposition voices –while loud, organized and including many —were drowned out by the gatekeepers—big media, Sunday talk shows, political powers…
In contrast the swift backlash against Kony2012 was loud, organized and, most importantly, also able to command attention. In just one day, I saw more human-rights experts and African and Ugandan voices on mainstream media than I do in a month or three.  My social media stream was flooded by critical and in-depth discussion about the topic, often from Ugandans or topic experts. This is a key way in which Kony2012 differs from, say, “We are the World” campaign in the eighties in which Africans never got to be anything beyond silent victims. People can now talk back a lot more effectively. Indeed, the spread of Kony2012 is likely going to be remembered as one of the early examples how emergent networked global publics can connect amongst each other and focus their –and everyone else’s—attention in a manner that would have hard to imagine just ten years ago.

Zeynep Tufekci, assistant professor at the University of North Carolina, Chapel Hill and fellow at Harvard Berkman Center for Internet and Society. Recently reflected on Eric Schmit’s comments about the “real names” policy of Google+

…[I]f the goal is to create a social network, a place where people can socialize, share, chat, argue, organize, and –yes- vociferously disagree, it is true that stable and embedded identities are more conducive to this outcome. Sociological research talks about “deindividuation” –the notion that without being closely tied to individual accountability, individuals may commit acts which are outside of social norms which would otherwise bind them.  Plus, in a reduced-cues environment such as the Internet, it may well be easier say things which are hurtful as one is spared from having to look someone in the eye (and we do know face-to-face interaction indeed taps into powerful and deep parts of our biological endowment as humans).

But Tufekci goes on to critique the policy, indicating that nicknames and pseudonyms are stable identities (one need look no further than the example of digby to realize this).

More generally, while there is a strong argument for stable identities, there also are strong arguments for the preservation of anonymity and pseudonymity online. For example, people participate online in support groups of which anonymity is a key feature. They may not otherwise be as free to share if their identities were known. Many participants on Tumblr report being freer and more creative there behind their pseudonyms than with the “drama” on Facebook.

What do you think, specifically of the policy, but more generally about the issues of pseudonymity and anonymity?